Everything Poppy has ever believed in is a lie, including the man she was falling in love with. Thrust among those who see her as a symbol of a monstrous kingdom, she barely knows who she is without the veil of the Maiden. But what she does know is that nothing is as dangerous to her as him. The Dark One. The Prince of Atlantia. He wants her to fight him, and that’s one order she’s more than happy to obey. He may have taken her, but he will never have her.

Casteel Da’Neer is known by many names and many faces. His lies are as seductive as his touch. His truths as sensual as his bite. Poppy knows better than to trust him. He needs her alive, healthy, and whole to achieve his goals. But he’s the only way for her to get what she wants—to find her brother Ian and see for herself if he has become a soulless Ascended. Working with Casteel instead of against him presents its own risks. He still tempts her with every breath, offering up all she’s ever wanted. Casteel has plans for her. Ones that could expose her to unimaginable pleasure and unfathomable pain. Plans that will force her to look beyond everything she thought she knew about herself—about him. Plans that could bind their lives together in unexpected ways that neither kingdom is prepared for. And she’s far too reckless, too hungry, to resist the temptation.

But unrest has grown in Atlantia as they await the return of their Prince. Whispers of war have become stronger, and Poppy is at the very heart of it all. The King wants to use her to send a message. The Descenters want her dead. The wolven are growing more unpredictable. And as her abilities to feel pain and emotion begin to grow and strengthen, the Atlantians start to fear her. Dark secrets are at play, ones steeped in the blood-drenched sins of two kingdoms that would do anything to keep the truth hidden. But when the earth begins to shake, and the skies start to bleed, it may already be too late.

Well I so know I’m not going to be with majority on this one…but I was not the biggest fan of book two of the Blood and Ash series. After getting such an epic set up from book one, I was super pumped and expecting to be blown away by the sequel and that just didn’t happen for me.

A Kingdom of Flesh and Fire picks up immediately where From Blood and Ash left off so that was great! I was so ready to see how Casteel/Hawke was going to get Poppy to marry him after all the craziness they dealt with in book one. And let me tell ya folks…you’re going to have to wait a while for anything major as far as plot developments to happen. Book two felt very much like a filler book. And some of the sex scenes in this one were just plain weird for me. Like borderline not ok in my book (pun not intended). Don’t get me wrong, the sexy banter between the two was super steamy and Casteel is incredibly endearing but I couldn’t help but feel that some of the sex scenes were oddly placed at times.

I also have a hard time rooting for a heroin who frequently gives into her bloodlust. Like yes their enemies need to go down but I guess I’m more used to the good guy being the bigger person when it comes to showing those that don’t deserve it mercy. So it was hard to see Poppy constantly cross that line. Like are we as readers supposed to be ok with her murdering the people who have wronged her in cold blood? Do they deserve it? 100%, but should she still stoop to their level and kill them? Idk…I just have a hard time with that I guess.

I didn’t not like the story but I didn’t love it like I hoped I would. I still enjoy the dynamic of Poppy and Casteel. And I LOVE Kieran and hope that JLA gives him his own series at some point. I just really hope the next book is better because this one ended crazy and I definitely have to know what happens next. And despite the hiccups, I still like the overall unique world and storyline.

Have you read book two of the Blood and Ash series? If so, I’d love to hear your thoughts? I’ve read some other readers reviews and I know it’s not just me who feels this way. Comment below!

Buy A Kingdom of Flesh and Fire . 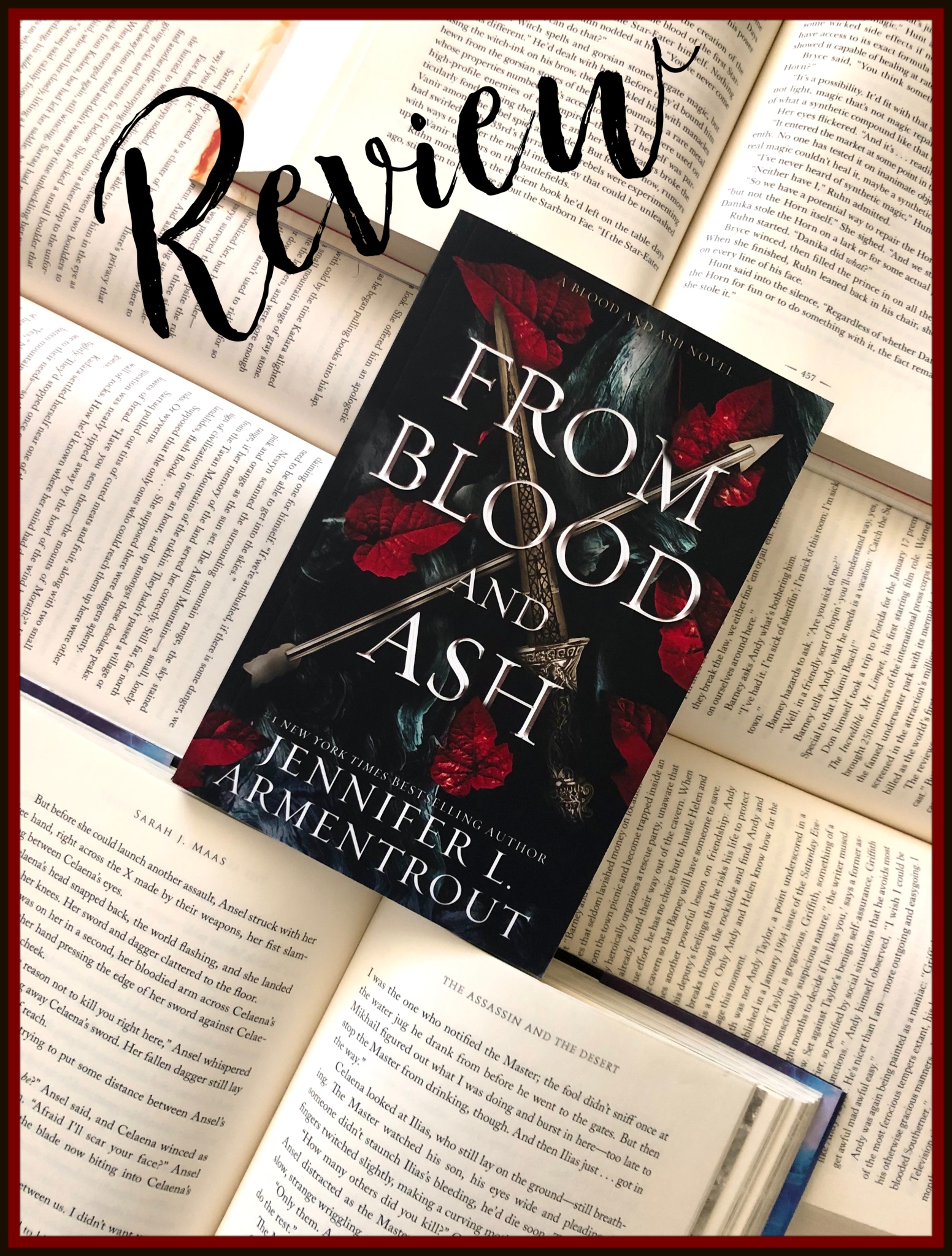 Captivating and action-packed, From Blood and Ash is a sexy, addictive, and unexpected fantasy perfect for fans of Sarah J. Maas and Laura Thalassa.

Chosen from birth to usher in a new era, Poppy’s life has never been her own. The life of the Maiden is solitary. Never to be touched. Never to be looked upon. Never to be spoken to. Never to experience pleasure. Waiting for the day of her Ascension, she would rather be with the guards, fighting back the evil that took her family, than preparing to be found worthy by the gods. But the choice has never been hers.

The entire kingdom’s future rests on Poppy’s shoulders, something she’s not even quite sure she wants for herself. Because a Maiden has a heart. And a soul. And longing. And when Hawke, a golden-eyed guard honor bound to ensure her Ascension, enters her life, destiny and duty become tangled with desire and need. He incites her anger, makes her question everything she believes in, and tempts her with the forbidden.

Forsaken by the gods and feared by mortals, a fallen kingdom is rising once more, determined to take back what they believe is theirs through violence and vengeance. And as the shadow of those cursed draws closer, the line between what is forbidden and what is right becomes blurred. Poppy is not only on the verge of losing her heart and being found unworthy by the gods, but also her life when every blood-soaked thread that holds her world together begins to unravel. 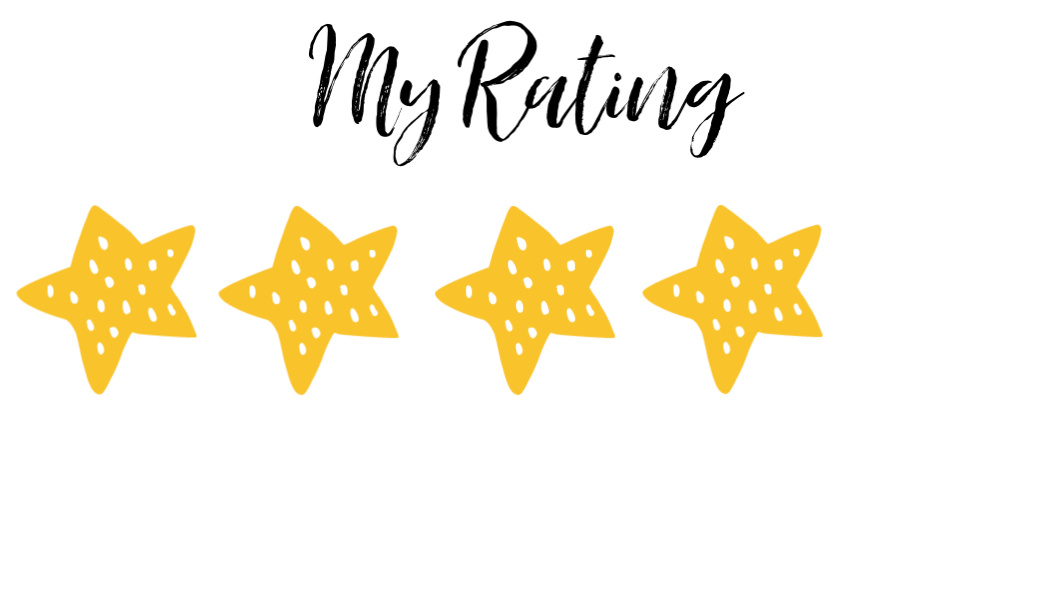 From Blood and Ash is absolutely unlike any other JLA book I’ve ever read! This is her first high fantasy book and it certainly packs a punch!! Was it everything I was hoping for based on what everyone has been saying? No. BUT! I definitely enjoyed it and am super excited for book two!

From Blood and Ash gave me a “Throne of Glass” vibe right from the start!! Insert badass girl who can clearly fend for herself, befriends those closest to her, and is living in a castle while falling for the steamy male who’s duty bound to protect her. I instantly had so many questions too! This book leaves you guessing throughout. I commend JLA for giving us just enough clues that we’re able to see the big reveal coming, but not realize how much comes with it!! OMG!! I did not expect everything that came hurling at me by the last 100 pages!

Poppy is the lead female you can respect for her skill with a weapon and steadfast determination to stay true to herself. She has been forced to live a sheltered life, protected from everything life has to offer due to her status as the “Maiden.” A status that is honestly still not fully explained in book one. However, when she is given Hawke as her new bodyguard she has no idea what’s in store. Poppy cannot deny that she has an ever growing attraction to him, but things may not be what they seem.  Soon, mass rebellions start, and her whole world is turned upside down in more ways than one.

Oh my goodness was the romance in this one STEAMY!!! Like damn, folks. The relationship between these two was quite the insane ride. At times I truly didn’t know what to think, because there were just so many feelings!!!

Overall, the story was super fast paced, and easy to fly through. And even though I definitely enjoyed it, it didn’t quite hit 5 stars for me. From Blood and Ash was very much so a first book in what is clearly going to be an awesome series. It set the stage and gave all the background info, but definitely leaves you wanting a lot more. I foresee me giving book two a 5 star review because now everything’s been set, and I know there’s so much more to come! Thankfully, the next book comes out in September!!

Buy From Blood and Ash on Amazon!!