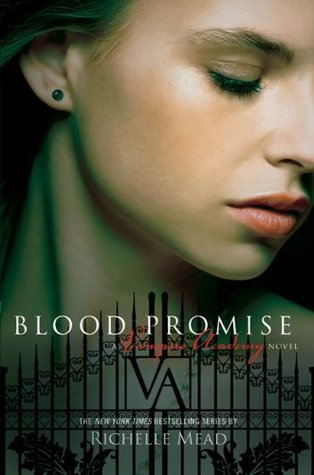 Rose Hathaway’s life will never be the same.

The recent attack on St. Vladimir’s Academy devastated the entire Moroi world. Many are dead. And, for the few victims carried off by Strigoi, their fates are even worse. A rare tattoo now adorns Rose’s neck, a mark that says she’s killed far too many Strigoi to count. But only one victim matters … Dimitri Belikov. Rose must now choose one of two very different paths: honoring her life’s vow to protect Lissa—her best friend and the last surviving Dragomir princess—or, dropping out of the Academy to strike out on her own and hunt down the man she loves. She’ll have to go to the ends of the earth to find Dimitri and keep the promise he begged her to make. But the question is, when the time comes, will he want to be saved?

Now, with everything at stake—and worlds away from St. Vladimir’s and her unguarded, vulnerable, and newly rebellious best friend—can Rose find the strength to destroy Dimitri? Or, will she sacrifice herself for a chance at eternal love?

Oh where to begin?! Richelle Mead strikes again!! After Shadow Kiss ended with the most heart wrenching twist ever, I was more than ready to read what was coming next, but I wasn’t so sure my heart could handle any more! Recap of ending tidbit from Shadow Kiss: Dimitri is killed and becomes reborn as a strigoi during the attack at St Vladimir’s. Rose drops out and sets off on a mission to kill him, knowing that’s what his true self would have wanted her to do.

Ok so that’s pretty heavy stuff going right into it! Am I right?! This book was unlike any others in the series yet! For the first time, the school is not the main setting. Rose travels to Russia looking for the now turned Dimitri. Along the way she meets unlikely allies, and learns a lot more about who Dimitri is as a person and the lengths she is willing to go to to survive and to accomplish her heart’s desires.

There was so much intense emotion just pouring out of every page of this book!! I was completely hooked on the content, but I must admit that a lot of the emotion coming from me was most certainly anger! Anger at the characters, at the situation, at the author, and damn did I have every right to be!! I could not believe Mead did what she did to Dimitri, and it was utterly heartbreaking to see him as a strigoi. Although, it does start opening your mind up to the possibilities and new paths that Rose could potentially go down. I do commend Mead however, for writing the story in a way that allowed for all the characters to still have a distinct role! Though many of the events were devastating, hope is most definitely promised by the end of the book! I do believe there will be a happy ending still to come! I cannot wait to begin the next installment!

If you are still loving this series as much as I am, then you should definitely continue on and read Blood Promise! Buy it on Amazon here!